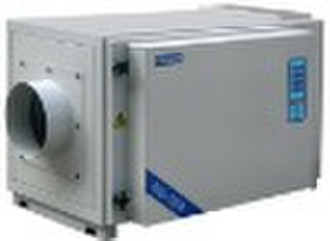 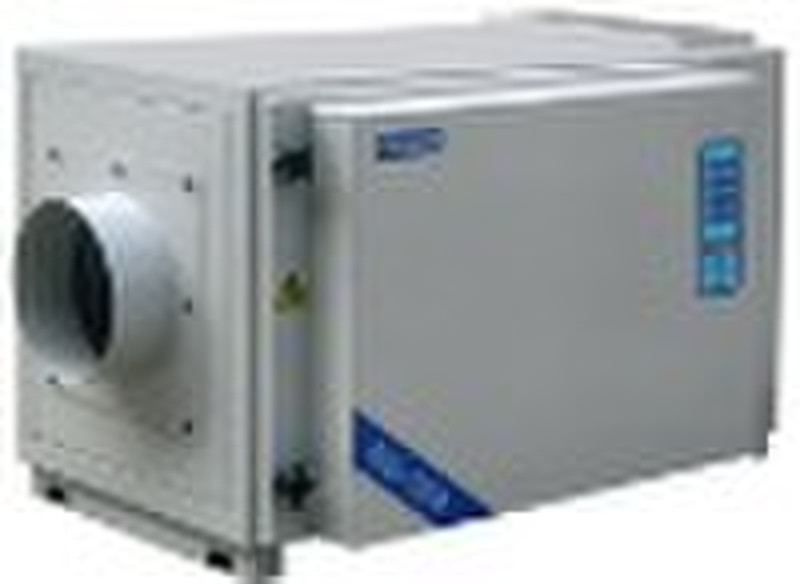 Introduction The lubricant and cooling oil are easy to be gasified by the heat coming out during milling and grinding of the hi-speed operating equipments. These oil mists contain poisonous PCB (polychlorobiphenyl), which is severely harmful to the operating worker and infectant to the air. BG-500 Series CNC lathe oil mist purifier collects and removes the dangerous mist, keeps the air fresh in the workshop, and even helps prolong the maintenance period of the machines. Operating Principle The dual-part style BG-550CNC lathe fume & oil mist purifier includes ionizing part and collecting part. A Series of tungsten filament and opposite earthing plates constitute the ionizing part. The dirt motes are charged P/N by the ionizer. A Seriesof parallel plates constitute the collecting part. The plates are charged by hi-tension DC form the electric field. Charged corpuscles are attracted by earthing plates, simultaneously repelled by charged plates. Thus, the dirt motes are easily removed

Log In / Sign Up
Password recovery
To recover your password, please enter in the box below your email address with which you have registered:
Get Recovery code
The password reset code has been sent to your Email.
Код уже был отправлен Вам ранее.
Вы можете ввести его в поле выше, или получить новый код через сек.
log in
An error has occurred. Please check your e-mail address and try again.
Ваш новый пароль:
Forgot your Password?

You have not written a message

By clicking on the "Send" button, you agree that your data will be used to process your request. Further information and revocation instructions can be found in the data protection declaration.

Your message has been sent!